I entered my film, Brian Wizard's Viet Nam: "Then and Again," which presents a combination of my two Viet Nam War-related documentaries, Thunderhawks and Make Friends Not War, in the New York International Independent Film and Video Festival, held in Las Vegas in June, 2005. My film showed at the Neonopolis Crown Theater in downtown Las Vegas at 8 p.m. on the 24th, which was coincidentally my birthday. The photo below is composed of the flyer for the festival, the short synopsis of my film in the small writing, and a ticket to get into the show. (I know you can't read the small print, but what it says, you probably already know.)

You can order the DVD from the links on the left.

I was there, it was fun, and the fulfillment of a thirty-seven year old dream I have been working on since the day I bought the Super 8 mm movie camera from my Crew Chief Dave. That was in Viet Nam, during the war. I knew I was living the life portrayed by books and movies. I envisioned seeing some of the combat action I was filming on the big screen someday. June 24th, 2005 was the day. Mission accomplished.

We were well into July when I received an email from the Film Festival people announcing the winners of the Festival. Here is what I read, so follow the link if you want. If you don't want to follow the link, then read on past the link and I'll point out the important part:

Best Documentary (Short)—Brian Wizard's Vietnam: Then (1969) and Again (1999).
Who knew the Fickle Finger of Fate would treat me so well for my birthday? I not only fulfill my dream, but win bragging rights, as well.

The irony is, I was in Las Vegas, playing in a competition where the stakes put up on my side to have such a film were around sixty thousand dollars, all things considered. I win the game, and I win . . . nothing but bragging rights. Not one penny. Oh, and a plaque, so they tell me. It will arrive soon, I'm sure. When it does, I'll add it here.

The DVD I am presently offering is the Commercial Cut. It includes the two documentaries, plus the music video (I don't want) Permission to Kill, and an info-mercial. (I had to add the last only because I could). The version that won the festival was the Festival Cut, no music video, no info-mercial. As soon as I am out of stock with the Commercial Cut, I will release the Festival Cut instead, with music video and info-mercial. I'll also include a video tour of my combat flight helmet, platoon scarf, cover photo of my novel Permission to Kill, and some of the footage as seen on display in the Smithsonian Institute's National Aero Space Museum's Vertical Flight Collection in Washington DC. (click here for more detail on the display.)

Or in this case, something old, circa 1986. I became a New Australian when I emigrated to the land downunder in 1980. I did great with my first novel, Permission to Kill, and it landed me a note in the book, Pursuit of Excellence. 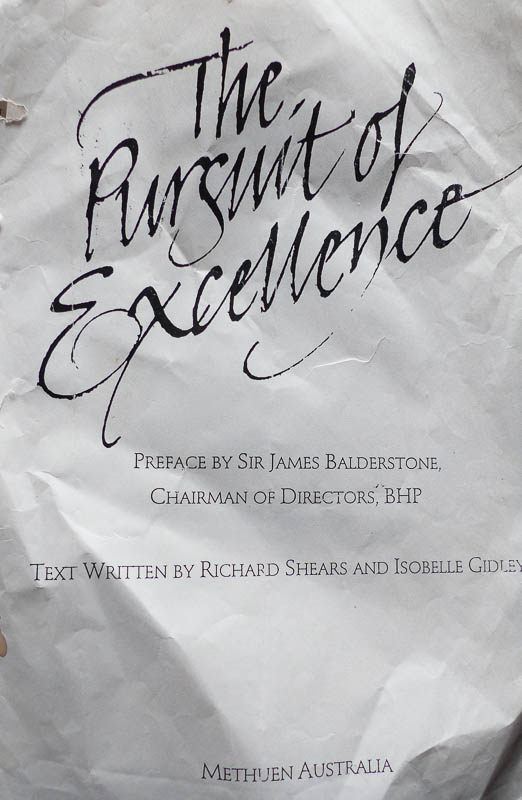 Contender for Pulitzer Prize in Letters

The cart is empty